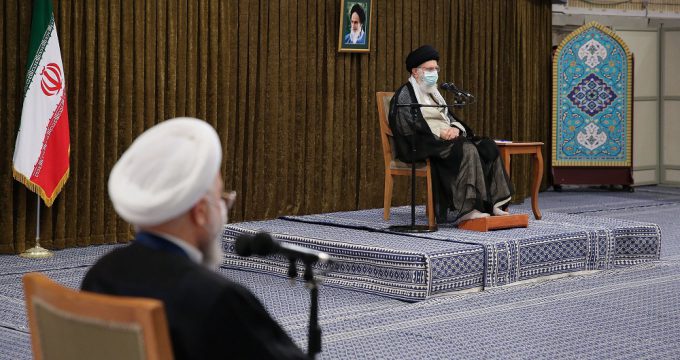 Leader of the Islamic Revolution Ayatollah Seyyed Ali Khamenei has said that one key lesson for future administrations to learn from the experience gained during the tenure of outgoing President Hassan Rouhani is that there is no benefit in putting one’s trust in the West.

Ayatollah Khamenei made the remarks during his last official meeting with President Hassan Rouhani and his cabinet members on Wednesday.

“The others should use your experience,” Ayatollah Khamenei told the meeting. “There is a specific experience… that I have noted to you and the people many times before, and let me repeat the same thing here, which is [the need for] a lack of trust in the West.”

“This is an experience that the posterity should use. As it became manifest during the tenure of this administration, nothing can be gained from putting one’s trust in the West,” the Leader said.

President-elect Ebrahim Raeisi’s swearing-in ceremony will be held on August 5. Raeisi won the June 18 presidential election in a landslide, garnering over 18 million votes.