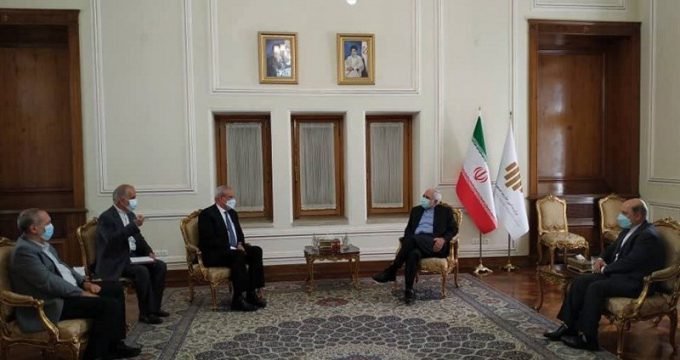 In the meeting, the Iranian foreign minister touched on the friendly ties between the two countries and described as very significant the cooperation between Iran and Cuba in the fields of biotechnology, genetic engineering and especially vaccine production, the Foreign Ministry’s website reported.

The Cuban official, in turn, briefed Zarif on the cooperation between vaccine institutes of the two countries for production of a COVID-19 vaccine and the unique features of the jab.

He also thanked Zarif and the foreign ministry for their quick steps to advance cooperation between the two countries for production of a joint vaccine.

During the meeting, Cuban ambassador to Tehran Alexis Bandrich Vega also underlined the significance of Zarif’s visit to his country last year in launching the cooperation between Pasteur Institute of Iran and Finlay Institute of Cuba for joint production of a COVID-19 vaccine.