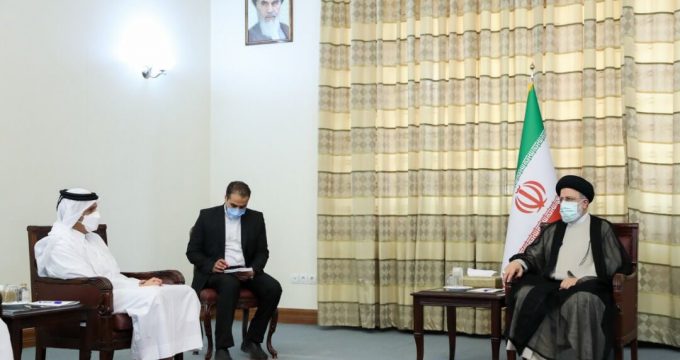 Iran’s President-elect Ebrahim Raisi on Sunday described Iran as benevolent for its neighbors.

He made the remarks in a meeting with Qatari Deputy Prime Minister and Minister of Foreign Affairs Sheikh Mohammed bin Abdulrahman Al-Thani.

He underlined that Iran has proven to be a reliable friend and partner.

Iran and Qatar are religious brothers and regional partners, President-elect said, adding that Tehran is particularly concerned with pursuing ties with Doha.

The future administration’s foreign policy priority in Iran will be its neighboring countries, he further noted.

The root cause of the regional insecurity should be looked at from outside, he pointed out.

Raisi went on to say that the solution to restoring sustainable security and regional stability is the cooperation among regional states based on mutual trust and the rejection of foreign interference in the region.