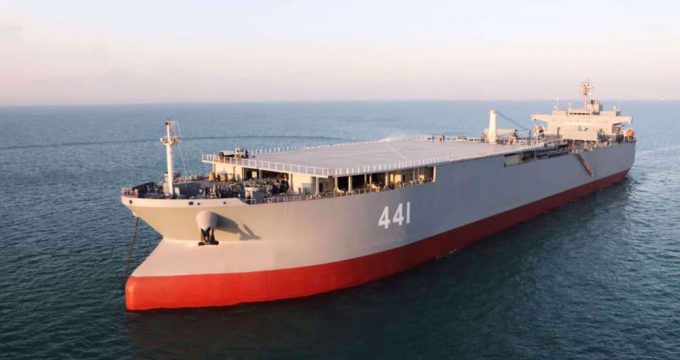 Describing the presence of Sahand and Makran ships in the Gulf of Finland as a historic event, the Iranian Army Navy commander said that this success means opening the gates of the North Sea and Finland to the fleet of Iran.

Rear Admiral Hossein Khanzadi made the remarks in an interview upon his arrival in St. Petersburg on Saturday evening.

“In this long journey, these ships entered strategic areas in the world that is unprecedented,” he said. “The Iranian ships began their journey a few months ago and now, they have reached the Gulf of Finland and the waters of St. Petersburg.”

Khanzadi went on to say, “During this trip, I will meet with high-ranking Russian military and defense officials and my counterparts from the participating countries.”

Upon his arrival, Admiral Khanzadi was welcomed by Iran Ambassador to Moscow Kazem Jalali and Russian naval officials.

The locally manufactured Sahand destroyer along with the Makran support ship has arrived in St. Petersburg to take part in the Russian event.