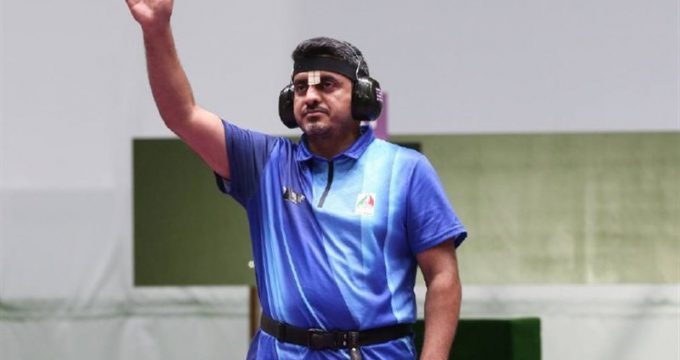 Iranian shooter Javad Foroughi won the gold medal in the Men’s 10m air pistol at the 2020 Olympic Games on Saturday.
He has set an Olympic record of 244.8.

The silver medal has gone to Serbia’s Damir Mikec, with the bronze going to China’s Pang Wei.

The 41-year-old Foroughi surpasses weightlifter Mahmoud Namjou, who was 38 when he took bronze at the 1956 Melbourne Games.