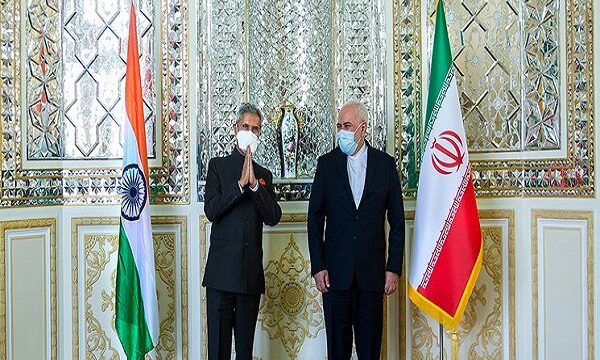 Iranian FM Zarif and his Indian counterpart Subrahmanyam Jaishankar conferred on bilateral relations and the recent developments in Afghanistan.

According to the Iranian ministry of foreign affairs, the two sides discussed common ties as well Afghanistan-related issues.

In a tweet on Wed. the Indian FM wrote, “Good to talk to Iranian FM @JZarif. A productive conversation on our ties.”

Jaishankar arrived in Tehran on July 7 to convey a message from Indian Prime Minister Narendra Modi to the Iranian President-elect Ebrahim Raeisi.

The Indian top diplomat also held a meeting with Zarif on the same day, where the two foreign ministers stressed the need to strengthen inter-Afghan dialogue that will result in a comprehensive political partnership in Afghanistan.