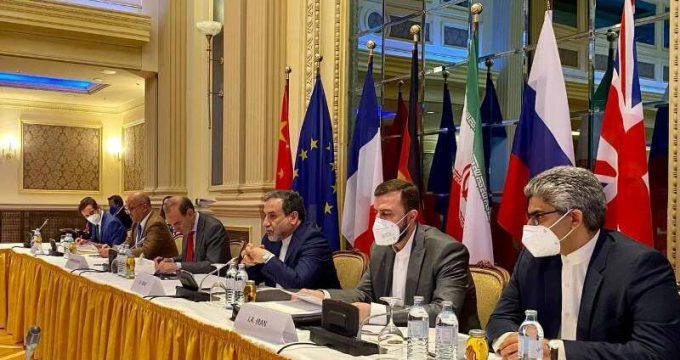 The Russian ambassador to international organizations in Vienna has roundly rejected a recent claim by Saudi media outlets about early September having been set as the date for the new round of talks to revive Iran’s nuclear deal with world powers, saying no such date has been fixed so far.

In response, Ulyanov said, “Of course the new government of #Iran needs some time to get prepared for resumption of the #ViennaTalks. How long? Nobody knows.”

Interesting, but not necessarily reliable information. Of course the new government of #Iran needs some time to get prepared for resumption of the #ViennaTalks. How long? Nobody knows. We need to wait for an official announcement from #Tehran. The sooner it happens, the better. https://t.co/aEpFQdEkqe

The Russian diplomat added that all parties should wait “for an official announcement from Tehran,” adding that the sooner the talks on the revival of the Joint Comprehensive Plan of Action (JCPOA) are resumed in the Austrian capital, the better.

The JCPOA was reached between Iran and six world powers, including the United States, Britain, France, Germany, Russia and China.

The deal was ditched by former US President Donald Trump in 2018 in spite of Iran’s full compliance with its contractual obligations.

Washington then began to put enormous pressure on Iran through sanctions, in what it called a “maximum pressure” policy, in order to force Tehran to negotiate a “better deal.”

Now President Joe Biden, who was the vice president of the United States when the deal was inked, has promised to re-enter the JCPOA and abandon Trump’s “failed” maximum pressure campaign.

The Vienna talks began in early April with the aim of reviving the JCPOA by bringing all original parties, especially the US, back into compliance with the deal, three years after Washington withdrew from the accord and tried to sabotage it.

So far, six rounds of negotiations have been held in the Austrian capital, as a result of which, according to participants, “significant progress” has been made in the course of the “constructive” and “businesslike” talks.