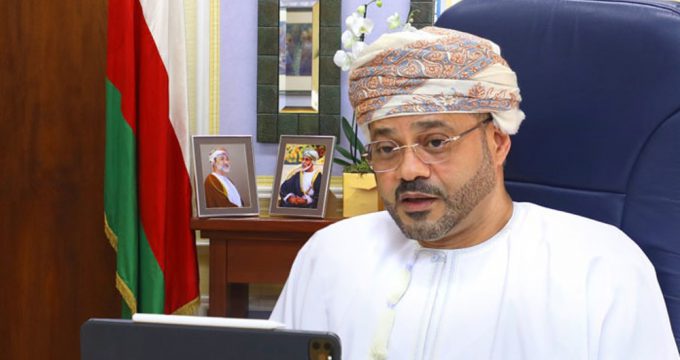 “We believe that Iran supports efforts to achieve the desired peace and stability,” Busaidi said in an interview with the Saudi-owned daily Asharq Al-Awsat published on Saturday when asked about Muscat’s hosting of Iranian Foreign Minister Mohammad Javad Zarif in April and his meeting with Houthi Ansarullah officials.

In response to a question about the possibility of any change in Iran’s policies with the new administration, the Omani minister said if there is the conviction and political desire, all behaviors can change and develop.

“We believe that these convictions and this desire are growing for the sake of regional security and peace,” the top Omani diplomat pointed out.

He also denied reports that Oman was organizing a regional dialogue with Tehran, saying such a proposal should only be made by the countries of the region themselves.

Iran’s Foreign Minister Zarif paid a visit to Oman late in April, after his visits to Qatar and Iraq.

In a meeting in Muscat on April 29, Zarif and Omani Minister of Royal Office General Sultan bin Mohammed al Nu’amani discussed bilateral economic ties as well as major developments in the region, particularly the Yemeni crisis.