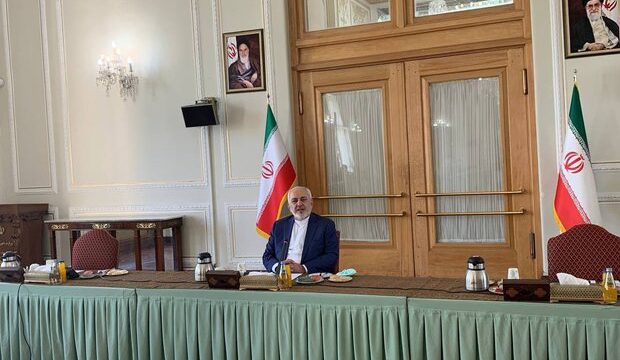 Iranian Foreign Minister Mohammad Javad Zarif said returning to intra-Afghan negotiating table will be the best choice of leaders and political parties in Afghanistan and urged Afghan leaders and people of Afghanistan to make hard decision for their future.

Addressing the Intra-Afghan talks meeting which was hosted in Tehran, Zarif said alluded to US defeat in Afghanistan and its presence in the country for over two decades which resulted in damaging, saying today people and leaders of Afghanistan should make decision on the future of their country.

Referring to unpleasant results of the ongoing conflicts in Afghanistan, Zarif said that returning to intra-Afghan negotiating table and commitment to political solution will be the best choice of Afghan leaders and political groups.

Zarif stressed that Iran is ready to help negotiation process between Afghan parties to solve disputes and crises in Afghanistan.