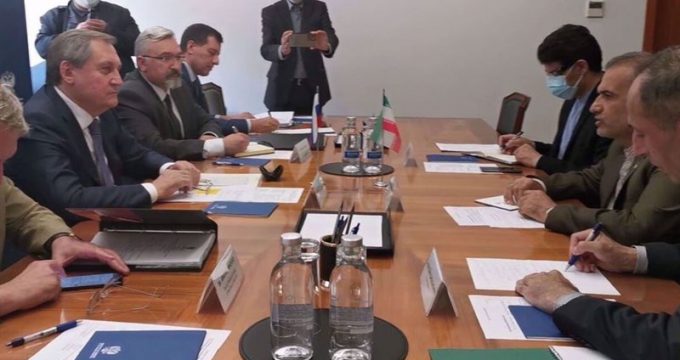 Closer cooperation between Russia and Iran in the oil and energy industries would enable them to stand against the Western sanctions, the Russian energy minister said.

In a Friday meeting with Iran’s ambassador to Moscow, Russian Energy Minister Nikolai Shulginov hailed the positive mutual relations and expressed hope that the two countries would take steps towards the expansion of ties, particularly in the economy sector.

Moscow is keen to boost ties with Tehran and hopes that the two sides will be able to advance relations during the tenure of Iranian President-elect Ebrahim Raeisi in an effort to jointly counter the West’s sanctions, he added.

Pointing to the construction of Sirik Power Plant in southern Iranian Hormozgan Province in cooperation with Russia, Shulginov expressed hope that sanctions against the Islamic Republic would be lifted to help the country achieve more progress and development, Press TV reported.

The Iranian envoy, for his part, said Tehran and Moscow are determined to enhance relations and added that the next Iranian administration would certainly heed fostering solidarity and convergence with Russia.

Kazem Jalali added that the two countries are working on important energy projects including the Sirik thermal power plant.

The ambassador said Iran has succeeded in manufacturing Russia’s flagship Sputnik V coronavirus vaccine as the first country in the region and the sixth one in the world.