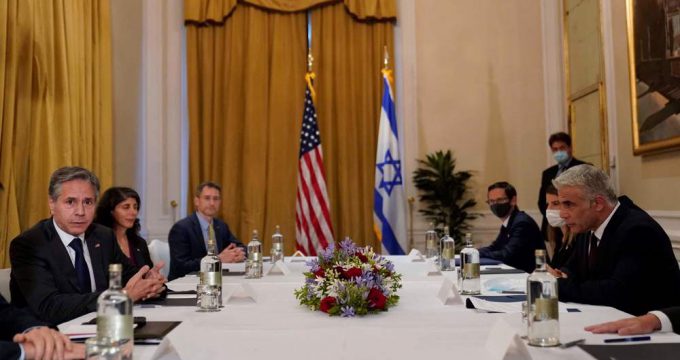 US Secretary of State Antony Blinken says Washington has “occasional differences” with Israel over the Iran nuclear deal.

“As the closest of friends do, we will have occasional differences,” Blinken said in Rome on Sunday. “We have the same objectives. Sometimes we differ on the tactics.”

He made the comments at the start of his meeting with Israeli Foreign Minister Yair Lapid.

Lapid, meanwhile, suggested that after former Prime Minister Benjamin Netanyahu, Tel Aviv is to change course in ties with the US.

“In the past few years, mistakes were made,” Lapid said. “Israel’s bipartisan standing was hurt. We will fix those mistakes together.”

He further suggested that the two would pursue a silent policy towards their disagreements.

“We believe the way to discuss those disagreements is through direct and professional conversation, not a press conference,” Lapid said.

Under former President Donald Trump, the US left the Iran nuclear deal, known as the JCPOA, in 2018 and initiated a “maximum pressure” campaign against Tehran