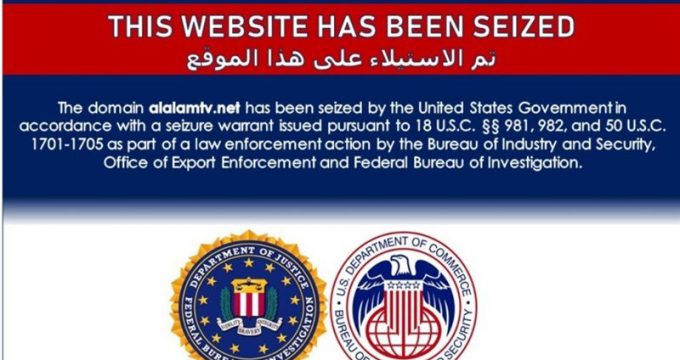 The US Justice Department announced on Tuesday it has seized 36 Iranian-linked websites, many of them allegedly associated with either disinformation activities or violent organizations, taking them offline for violating U.S. sanctions.

“Today, pursuant to court orders, the United States seized 33 websites used by the Iranian Islamic Radio and Television Union (IRTVU) and three websites operated by Kata’ib Hizballah (KH), in violation of US sanctions,” the department said in a statement.

Several of the sites were back online within hours with new domain addresses.

A  message has appeared on the websites of a series of Iranian and regional television networks, including Press TV, that claims their domains have been “seized by the United States Government.”