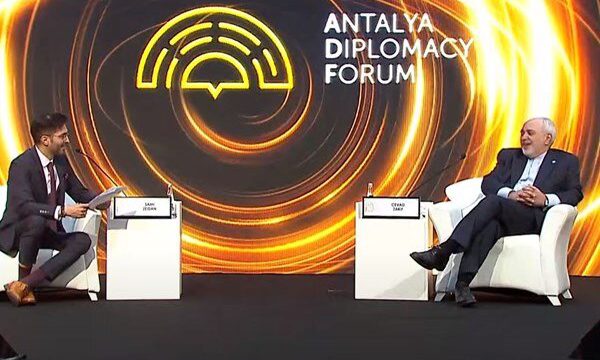 JCPOA agreement to likely be reached before end of admin.: Zarif

Referring to the current process of Vienna negotiations to revive the JCPOA, Foreign Minister Zarif said that there is a possibility of reaching an agreement before the end of Hassan Rouhani’s administration.

In an interview on the sidelines of the Antalya Diplomacy Forum, Mohammad Javad Zarif in response to a question about the prospects of the formation of a new administration of the Islamic Republic of Iran on “Vienna” talks on reviving the JCPOA said that an agreement will probably be reached before the end of Hassan Rouhani’s administration.

“Negotiations are underway on the JCPOA. There is a good chance that an agreement will be reached before the end of our tenure. We will hand over the power to the new administration in mid-August and I think we will probably be able to reach an agreement long before that date,” Zarif said.

“I have seen the latest edited draft of the agreement,” he added regarding the current Vienna negotiation process. “The draft has become purer. The parentheses [the issues of the dispute] are being removed.”

In response to a question about the current obstacles to the final agreement on the JCPOA, Zarif said, “The main remaining obstacle is understanding these issues. The United States must understand that it was a party that left the agreement with intention, and their goal was not achieved, and now that they want to return to the agreement, they cannot achieve the goal that was not achieved through economic war, through the negotiation table.”

He went on to say, “I think the Biden administration now understands that the policies of the Donald Trump administration have failed, but it is still trying to use those policies as leverage, and that is why the perceptual problem persists. I think they should put aside the fact that sanctions are their property. Sanctions are illegal. Unfortunately, European countries have been forced to surrender to US sanctions policies, but that does not mean that they accept this policy.”