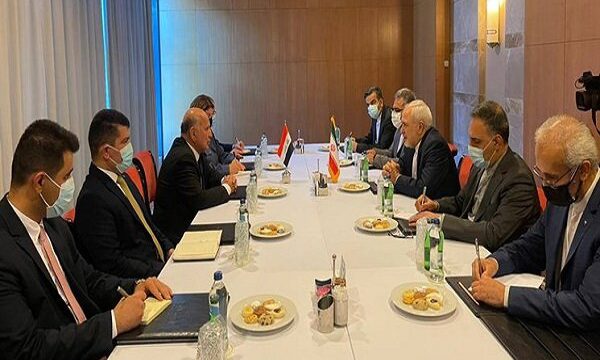 Welcoming the start of regional security talks, Iranian Foreign Minister Mohammad Javad Zarif emphasized that his country is ready for developing economic relations between the Islamic Republic of Iran and Iraq.

In his meeting with Iraqi Foreign Minister Fuad Hussain in Antalya on Thu., Foreign Minister Zarif reiterated that Iran is ready for the development of economic ties between the two countries of Iran and Iraq.

During the meeting, Zarif expressed his satisfaction with agreements made between Iran and Iraq regarding Shalamcheh-Basra railway cooperation and stressed the need to develop economic cooperation between the two countries.

While emphasizing the need for an increase of regional cooperation between neighboring countries in the restoration of regional peace, Zarif welcomed the start of regional security talks.

Iraqi foreign minister, for his turn, described economic cooperation between Iran and Iraq as ‘constructive’ and appreciated the assistance of the Islamic Republic of Iran in developing bilateral cooperation.