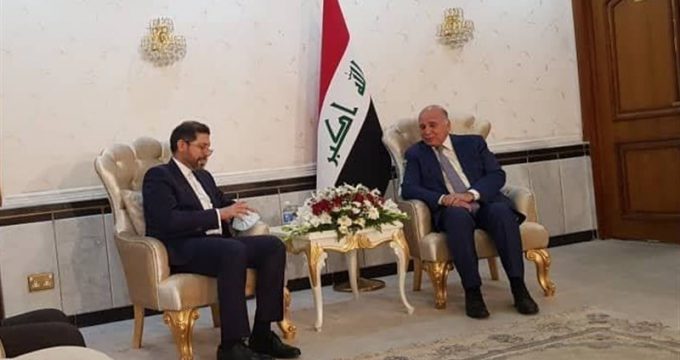 Khatibzadeh, who is also the head of the Foreign Ministry’s Public Diplomacy Department, held talks with the Iraqi top diplomat on issues of mutual interest, regional developments, and expansion of bilateral relations.

Following up on the payment of Iraqi debts, the Shalamcheh-Basra railway, the latest status of Baghdad’s lifting of the visa regime, and the areas of cooperation between Iran and Iraq in the field of public diplomacy were among the issues discussed in the meeting.

The Iranian spokesman also visited Tamayouz strategic institute and the Al-Nahrain Center for Strategic Studies, where he delivered a speech to the Iraqi researchers and intellectuals about the latest regional developments and the relations between Tehran and Baghdad.