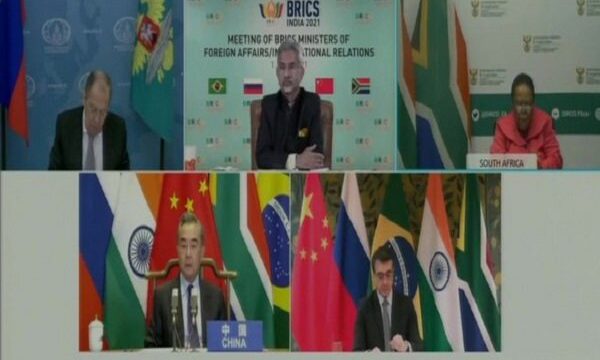 In their final statement, the BRICS member states called for a peaceful solution to the issue of Iran’s nuclear program.

BRICS members including Brazil, Russia, China, India and South Africa have called for a peaceful solution to the issue of Iran’s nuclear program.

In a final statement, the foreign ministers of the BRICS states stressed the need for a diplomatic and peaceful settlement of Iran’s nuclear program.

“The foreign ministers stressed the need to resolve the Iranian nuclear issue through peaceful, diplomatic and international law, and called for the full implementation of Security Council Resolution 2231,” the statement read.

The BRICS members also welcomed the extension of the technical understanding between Iran and the International Atomic Energy Agency.

The news comes as the US government claims it is trying to return to the JCPOA through ongoing talks in Vienna.

Washington says it is only willing to lift sanctions against Iran if the two sides return to the JCPOA. Washington’s claim comes at a time when Iran’s commitments are somewhat verifiable, but verification of the lifting of sanctions takes at least three to six months.