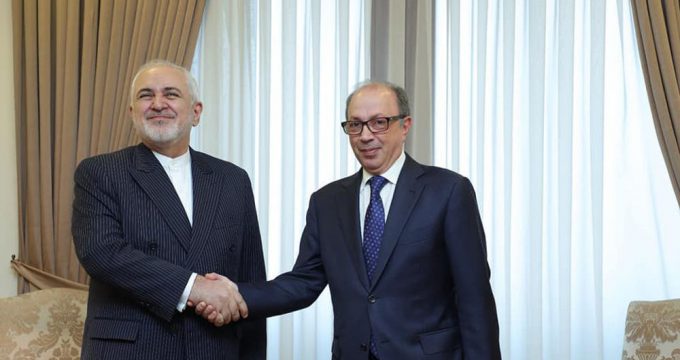 Maintenance of security in Caucasus, a security issue to Iran: Zarif

Iranian Foreign Minister Mohammad Javad Zarif said on Wednesday that maintenance of peace and security in the Caucasus region is a security issue to Iran.

Zarif made the remarks during a meeting in Yerevan with Armenian acting Foreign Minister Ara Ayvazyan.

The Iranian foreign minister stressed the need for respect to the territorial integrity of both sides and finding a peaceful settlement to disagreements in Armenia’s conflict with Azerbaijan.

Referring to Iran’s efforts over the past months to help resolve the conflict, Zarif urged the need for both sides to exercise restraint.

Noting that Iran is concerned about any tension in the region, the foreign minister called for refusing to create any change in the borders which he said is Iran’s redline.

The Arminian acting foreign minister, for his part, expressed hope that Iran and Armenia would expand bilateral relations in all areas.

Ayvazyan said that the border conflict between his country and Azerbaijan runs counter to peace and stability in the region.