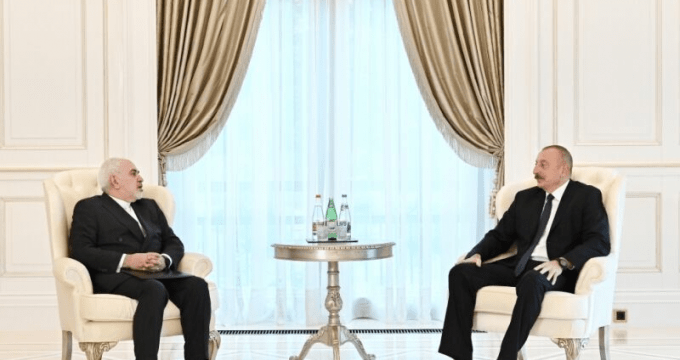 Exchanging opinions on the latest bilateral developments and important regional and international issues are on the agenda in Zarif’s trip.

The foreign minister will then go to Armenia to meet officials.

Zarif’s trip to Azerbaijan Republic and Armenia is a part of Iran’s diplomatic efforts to establish peace and stability in the region after the recent military conflict between the two South Caucasian states.

Azerbaijan Republic managed to reclaim sovereignty over the Karabakh region occupied by Armenia for near three decades. The region is internationally recognized as Azerbaijani territory.

The military conflict arose on September 27, 2020 and ended through Russian intermediation on November 10 when the heads of Azerbaijan, Armenia and Russia released a joint statement on an agreed ceasefire which was followed by steps to surrender the remaining areas to Azerbaijan.

The Islamic Republic of Iran, as an important regional power, has spared no efforts to establish peace and stability in the region, as it has constantly been diplomatically involved since the very beginning of the conflict in the 1990s.

Iran-Azerbaijan relations May 25, 2021
Final list of qualified candidates in presidential votes
Maintenance of security in Caucasus, a security issue to Iran: Zarif