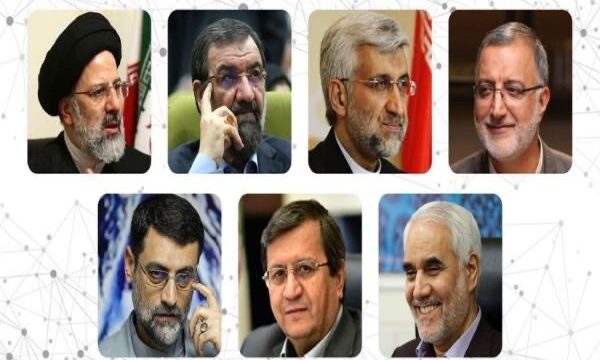 The Interior Ministry has published the list of candidates approved by the Guardian Council on Tuesday.

According to the Interior Ministry’s statement, the names of the seven qualified candidates to run in June 18 presidentoal elections are as follows: