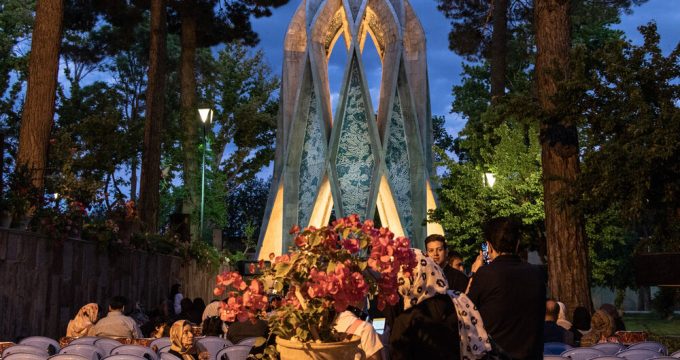 Omar Khayyam was born on 18 May 1048 in Nishapur, in northeastern Iran, and spent most of his life near the court of the Karakhanid and Seljuq rulers in the period which witnessed the First Crusade.

A literal translation of the name Khayyam means ‘tent maker’ and this may have been the trade of Ibrahim his father.

The political events of the 11th Century played a major role in the course of Khayyam’s life. The Seljuq Turks invaded southwestern Asia in the 11th Century and eventually founded an empire that included Mesopotamia, Syria, Palestine, and most of Iran. The Seljuq occupied the grazing grounds of Khorasan and then, between 1038 and 1040, they conquered all of north-eastern Iran. The Seljuq ruler Toghrïl Beg proclaimed himself sultan at Nishapur in 1038 and entered Baghdad in 1055. It was in this difficult unstable military empire, which also had religious problems as it attempted to establish an orthodox Muslim state that Khayyam grew up.

Khayyam studied science, philosophy, mathematics, and astronomy at Nishapur, and about the year 1068, he traveled to Bukhara, where he frequented the renowned library of the Ark. However Khayyam was an outstanding mathematician and astronomer and he did write several works including Problems of Arithmetic, a book on music and one on algebra before he was 25 years old.

In 1070 he moved to Samarkand in Uzbekistan where there Khayyam was supported by Abu Tahir, a prominent jurist of Samarkand, and this allowed him to write his most famous algebra work, Treatise on Demonstration of Problems of Algebra. It is presumed that due to his relationship with Tahir, ruler Shams al-Mulk distinctively regarded Omar with esteem.