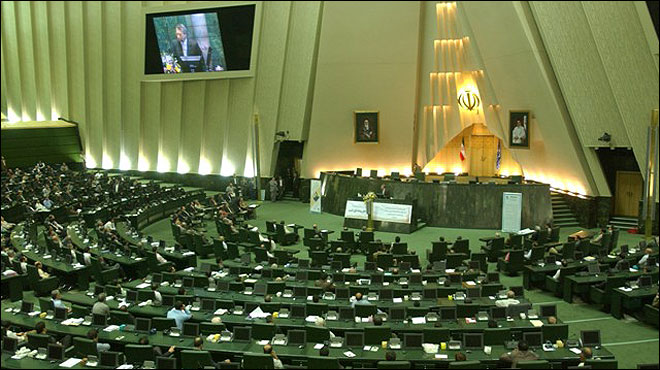 “The Parliament resolutely resists any damage to the nuclear industry and emphasizes the advancement of the nuclear program in accordance with the legal duties of the Parliament,” the Iranian lawmakers said in a statement.

A total of 200 lawmakers in the Iranian Parliament issued a statement on Tuesday on ongoing nuclear talks in Vienna.

The following is the full text of the statement:

Simultaneously with the Vienna meetings, the Parliament, while emphasizing the policy of the Islamic Republic of Iran that the actual lifting of all sanctions and its careful verification as the main condition for Iran’s adherence to its nuclear commitments, recognizes that the criterion for evaluating and accepting the results of each dialogue between Iran and other member states of the JCPOA is arriving at a real economic benefit for the Iranian people.

Therefore, the Parliament has not accepted any segregation and categorization of sanctions that would lead to maintaining part of the economic pressure on the Iranian people and preventing or disrupting economic benefit, and seriously calls for the complete, verifiable and irreversible removal of US sanctions and believes that if 100% of the sanctions are not lifted, no sanctions have been lifted and the acceptance of some sanctions will confirm the legitimacy of those sanctions.

In order to achieve this goal, the Parliament will monitor this process with special care and diligence in accordance with Article 7 of the Law on “Strategic Action Plan to Counter Sanctions”.

The Vienna meetings show that the United States and Europe not only do not yet have a serious will to lift all sanctions, but also seek to impose an agreement on Iran that would impose more restrictions on nuclear activities and pave the way for regional and defense talks.

Considering the excessive demands of the United States and Western countries for technical advances in Iran’s nuclear program and raising issues such as the cessation of research and development activities and the demolition of new generation centrifuges, the Parliament while insisting on preserving and protecting the achievements of the country’s nuclear scientists, resolutely resist against any damage to the nuclear industry and emphasizes the advancement of the nuclear program in accordance with the legal duties of the Parliament within the framework of the law on “Strategic Action Plan to Counter Sanctions”.

The Law on “Strategic Action Plan to Counter Sanctions” has revolutionized the nuclear program and played an important role in the negotiation process to lift sanctions. Therefore, it is necessary for the government to take immediate action in implementing all the technical provisions of this law, including the operation of the metal uranium plant, the legal deadline for which has expired in accordance with Article 4, and not to compromise the technical achievements of the nuclear industry with its political goals and objectives.