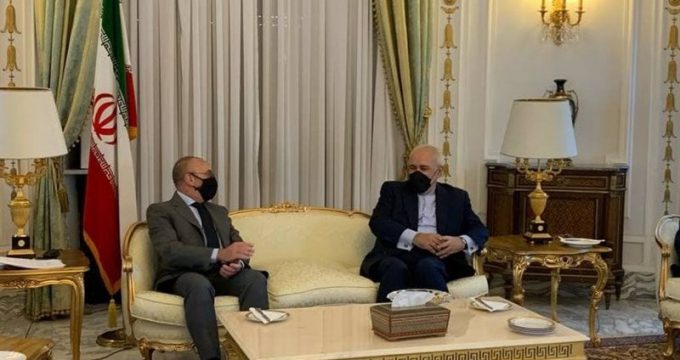 Iranian Foreign Minister Mohammad Javad Zarif called for plans to remove the obstacles to cooperation with Italy and pave the way for a new era of economic interaction between the two countries.

The Iranian foreign minister held a meeting with chairman of the Foreign Affairs Committee of Italy’s Senate, Vito Rosario Petrocelli, in Rome on Tuesday.

Pointing to the 160-year history of relations between Iran and Italy, Zarif said there are positive opportunities for economic cooperation between small and medium-size enterprises of the two nations.

He also stressed the need to remove the obstacles and prepare the ground for a new era of economic cooperation between Tehran and Rome.

Zarif further deplored the perilous conditions in the region resulting from the Zionist regime of Israel’s activities and hostile measures against the Palestinian people.

The foreign minister also expounded on Iran’s views about the situation in Yemen and Afghanistan.

For his part, Petrocelli highlighted the significance of relations with Iran and expressed Rome’s willingness to broaden parliamentary cooperation with Tehran.

Zarif has visited Italy after a trip to Spain. He has held meetings with his Italian counterpart and with Pope Francis over the past days.