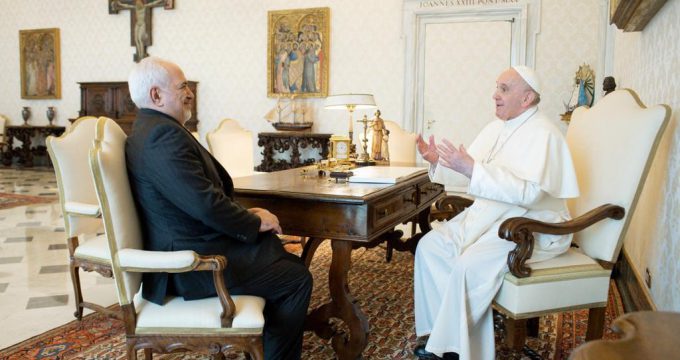 Referring to the meetings with Pope Francis and Vatican Prime Minister Cardinal Pietro Parolin, as well as Vatican Minister of Foreign Affairs Archbishop Paul Richard Gallagher, Zarif said that they discussed the international situation, the imposed sanctions, ethics in the Islamic community, the importance of supporting the family and Palestine.

He added that during the meetings they reviewed bilateral relations between Iran and Vatican.

Referring to the occupied territories of Palestine, he noted that the Palestinians are in a deplorable situation, adding that the imposed sanctions have had a terrible impact on the Lebanese people, and the Catholic Church is sensitive to the situation in Lebanon.

Zarif highlighted that good talks and exchanges of views took place on all regional issues during the meetings.

In addition to considering the expansion of joint cooperation in the field of bilateral ties, Zarif will also examine cooperation on issues of mutual interest at the international level.

He also met and held talks with the Minister of Foreign Affairs and the International Cooperation of Italy Luigi Di Maio to discuss the expansion of bilateral relations between the two countries of Iran and Italy.

In Rome, Zarif is to hold talks with officials of Italy and Vatican City on developing joint bilateral and international cooperation.