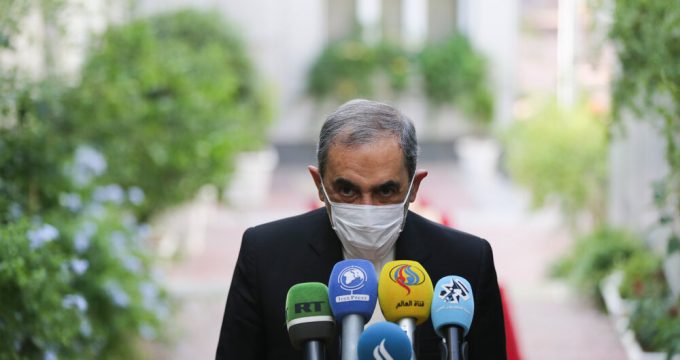 The Secretary General of World Forum for Islamic Awareness Ali Akbar Velayati in a phone talk with the secretary general of the Palestinian Islamic Jihad Movement on Sunday stressed Iran’s support for the Palestinian nation as a basic policy and said the divine promise on liberation of the occupied lands of Palestine and the Holy Quds is about to come true.

Velayati told Ziad Nokhala condemned the brutal and inhumane invasion of the usurper Zionist Army against Gaza residents in which a large number of civilians, especially women and children, were martyred.

The Iranian nation, as well as the supporters of the Palestinians around the world, are witnesses to the bravery and courageous mood of your people, and the breaking of the hollow might it of the occupier Zionist regime, which is very prestigious and pride inspiring to see that the Palestinian Jihadi combatants and ordinary people once again proved that the Zionist regime’s safe haven is a spider’s house, that is (as the Glorious Qur’an stresses) the most vulnerable house, added Velayati.

He meanwhile sincerely congratulated the Palestinians’ victories and might to the party leader.
The Secretary General of the Palestinian Islamic Jihad Movement Ziad Nokhala, too, in the phone talk appreciated Iran’s stands and unlimited support for the Palestinian people and their ideala and said today the Palestinians have achieved a great victory, as we have despite the entire threats, pressures, war monger attitude of the Zionists, and full siege of Gaza, managed to terrify the Zionists and urge them to sit idle and seek refuge in shelters.

The resistance movement gained a great victory, as we managed to resist against that regime and defeat the Israeli-American project, to an extent that the hollow might of them broke and they proposed a cease fire, but we did not accept it, and told them there is a condition for accepting it, which is ending the Zionists’ breaching of the sanctity of Al-Aqsa Mosque and permitting the residents of Sheikh Jarrah to return to their homes, he added.

al-Quds, Palestine issue May 17, 2021
Accesses beyond safeguards not to be granted to IAEA: Spox
Iran envoy decries UNSC’s inaction over Israeli crimes