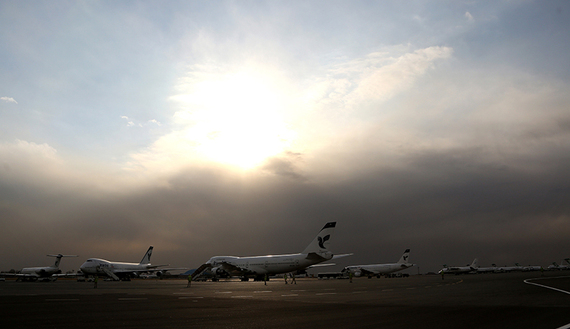 Global planemakers on path to return to Iran deals: Minister

Iran’s transportation minister Mohammad Eslami says two global planemakers Airbus and Boeing have started works to return to contracts they signed with the country several years ago and before the United States imposed its sanctions on Tehran.

Eslami said in remarks published on Saturday that Airbus and Boeing have been waiting for the results of ongoing talks in Austrian capital Vienna on Iran’s nuclear deal as they seek to resume their contractual obligations regarding Iran.

“The plane-manufacturing companies are returning from the previous path and beginning to implement the terms of the contracts,” Eslami was quoted as saying by semi-official Tasnim news agency.

Iran had placed orders for purchases of 200 brand new planes from Airbus and Boeing after it signed a nuclear deal with global powers in 2015.

However, the plane contracts came to halt in 2018 after the US Treasury banned the two planemakers from supplying the jets to Iran.

Eslami did not elaborate in his interview with Tasnim what clear steps the two global planemakers had taken to revive their contracts with Iran.