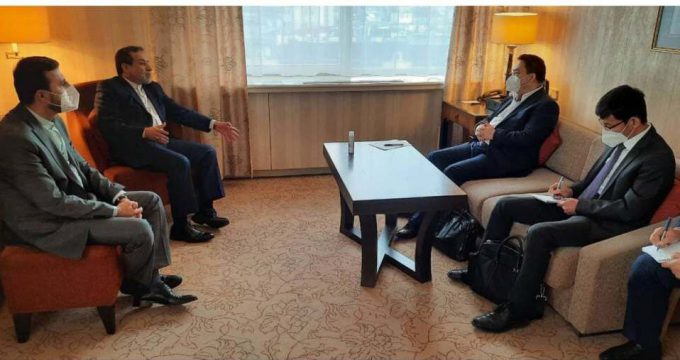 Head of the Iranian and Chinese delegations to Vienna reviewed important issues regarding Iran nuclear deal known as the Joint Comprehensive Plan of Action (JCPOA).

The meeting was held in the residence of Iranian Deputy Foreign Minister Abbas Araghchi’s residence.

Earlier, heads of diplomatic delegations of Iran, Russia and China to the JCPOA Joint Commission held a trilateral meeting in Vienna on Wednesday.

Meetings and consultations among the Iranian and the G4+1 countries in the framework of trilateral, bilateral and multilateral meetings continue in Vienna aimed at contributing to the faster resolving of the issue.

On Tuesday, the head of the Iranian delegation Abbas Araghchi had a meeting with Enrique Mora, the deputy secretary general of the EU foreign relations office and the heads of the three EU delegations in the negotiations.