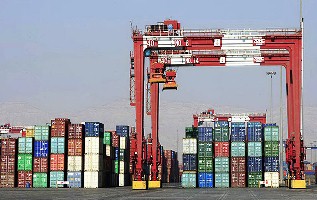 Iran-Russia trade at $2.62bn in year to March: IRICA

Iran’s customs office IRICA says Russia was responsible for a bulk of trade between Iran and members of the Eurasian Economic Union (EAEU) in the year to March 20.

IRICA chief Mehdi Mir Ashrafi said on Wednesday that Iran’s trade with Russia had amounted to nearly $2.626 billion in value terms over the past calendar year.

Mir Ashrafi said, however, that Iran had posted a trade deficit of $1.608 billion with Russia in the year to late March, saying that imports from Russia reached over $2.116 billion over the period, an increase of 19% compared to the previous year.

Iran’s exports to Russia also increased by 10% year on year in late March to nearly $510 million, he said.