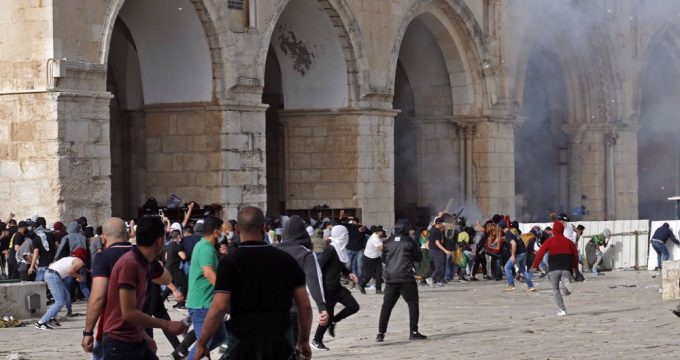 Iran’s foreign minister says the apartheid regime of Israel not only steals people’s land and homes but also shoots innocent worshippers in one of the holiest mosques for Muslims.

Mohammad Javad Zarif made the remarks in a post on his Twitter account on Monday in reference to the latest wave of violence by the Israeli forces against the Palestinian people in Jerusalem al-Quds and al-Aqsa Mosque, which has so far seen hundreds of Palestinians injured, many in critical condition, after several days of violent clashes.

The Palestinian Red Crescent Society announced that at least 305 Palestinians were injured on Monday alone, several in critical condition, after they were attacked by Israeli forces who fired stun grenades and rubber bullets in clashes outside al-Aqsa Mosque in occupied East Jerusalem al-Quds.