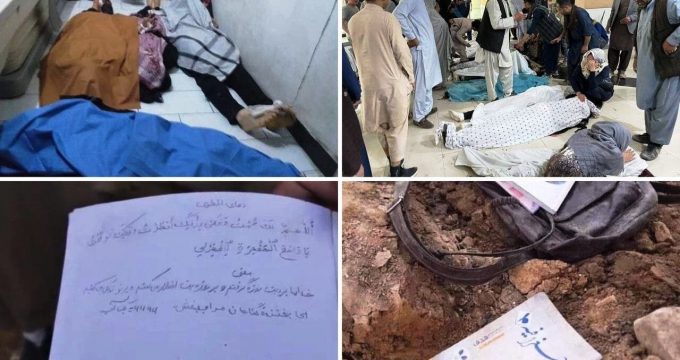 Head of Iran’s Islamic Seminaries, Ayatollah Alireza Arafi, in a message condemned the terrorist attack on Kabul school which led to the martyrdom of a number of innocent students and described it as a is a cowardly attempt on the threshold of withdrawal of US troops from Afghanistan with the aim of making Afghanistan unsafe.

Today, more than ever before, scholars and freedom-seeking soud are dutibound to introduce the true Islam which is based on rationality, logic, kindness , morality and grace to the world and bar the way for any form of ignorance, fanaticism, violence, discord and ruthlessness.

They also have to close any routes for actions of Takfiri groups and new plots arrogant powers in the region, the senior cleric wrote.

This terrorist crime in Kabul, which led to the martyrdom of a number of innocent students, is a cowardly attempt on the threshold of withdrawal of US troops from Afghanistan and with the aim of making Afghanistan unsafe, Arafi added.

According to reports, the terrorist attack in front of a school in Kabul has killed 63  people and injured 150 more.