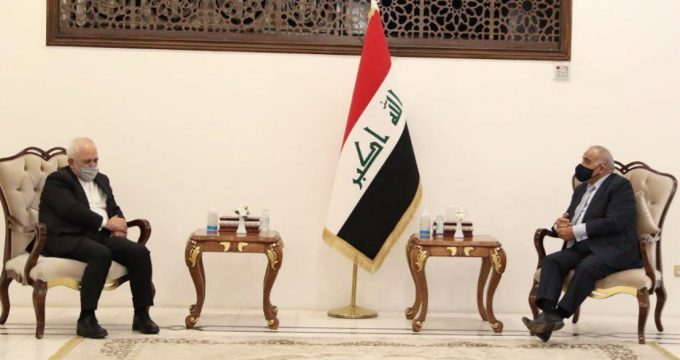 Zarif and Abdul Mahdi exchanged views on important issues of mutual interests in the meeting which took place on the second day of the foreign minister’s trip to Iraq.

Abdul Mahdi is an Iraqi influential Shia politician and has so far undertaken important posts. He was Prime Minister of Iraq until late last year when political unrest emerged and forced him to resign.

Political experts pointed at the time that some foreign countries were driving the unrest as a means of interference in Iraqi affairs.

In his trip to Iraq, Zarif has so far met Iraq’s President, Prime Minister, Parliament Speaker, Foreign Minister and several other officials and political figures.