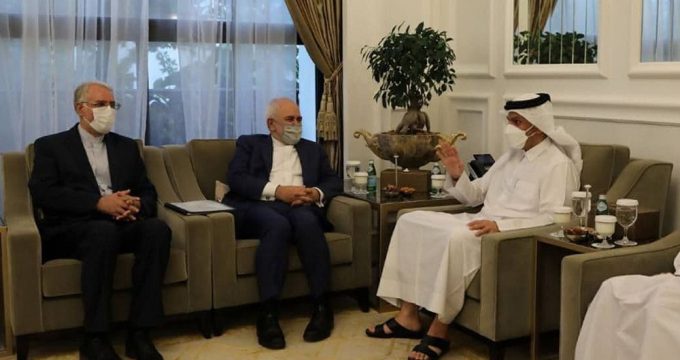 Iranian Foreign Minister Mohammad Javad Zarif says the Islamic Republic’s foreign policy approach is based on the expansion of relations with regional countries, emphasizing that intra-regional talks aimed at boosting stability in the region are a serious necessity.

The Iranian foreign minister, who is in Doha at the head of a delegation on an official trip, made the remarks in a meeting with his Qatari counterpart, Mohammed bin Abdulrahman bin Jassim Al Thani on Sunday.

He pointed to the significance of Iran-Qatar relations on the basis of mutual and regional cooperation, stressing the need for further expansion of that cooperation, particularly in such areas as trade, economy and investment given great capacities and advantages of both countries.

The top Qatari diplomat, for his part, urged the two countries’ officials to hold a session of joint commission in Doha in a bid to strengthen trade and economic ties.

The Iranian and Qatari foreign ministers also exchanged views about issues of common interest and leading regional and international developments.

Foreign Ministry spokesperson Saeed Khatibzadeh said on Saturday that Zarif plans to visit Iraq and Qatar to hold talks with senior officials of the two countries.