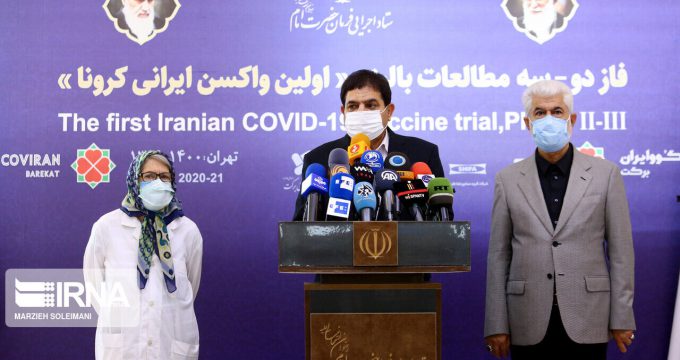 Head of Iran’s Executive Office of Imam Khomeini’s Order said on Sunday that Barekat Foundation has started mass production of its COV-Iran Barekat vaccine and would produce 12 million doses in three months.

Mohammad Mokhber said on the sidelines of a meeting on starting the third phase of clinical test for the vaccine that mass production began.

Dr. Minoo Mohraz a well-known member of Iran’s Coronavirus Management Task Force received a dose of the vaccine as a volunteer.

Mokhber said that the production line of COV-Iran barekat has been launched and one million doses will be delivered to Health Ministry next month.

He said that from mid-April until mid-June 3-3.5 million doses would also be delivered and the production would reach 12-15 million doses until the end of August.

By mid-September about 20 million doses would have been produced, Mokhber said, adding that Iran would be among the most vaccinated the nation in four months.

He underlined that all the achievement has been fulfilled despite US sanctions which had impeded the supply of raw materials, but Iranian companies joined forces to remove obstacles by focusing on domestic potentials.