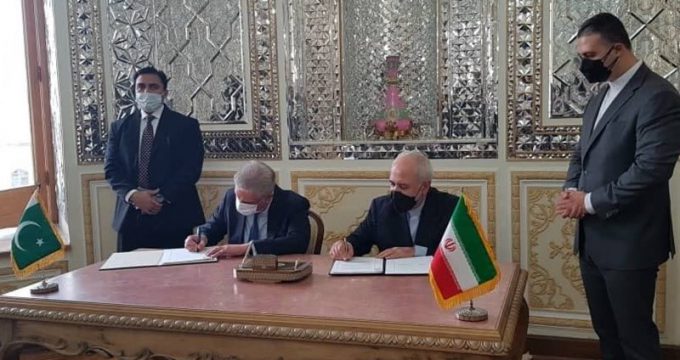 The foreign ministers of Iran and Pakistan signed a memorandum of understanding to open border markets along the common frontiers of the two neighbors.

According to the document, Iran and Pakistan will open three border markets in the first stage at three border crossings, namely Kuhak-Chadgi, Rimdan-Gabd and Pishin-Mand areas.

More border bazaars will be established in three other border areas afterwards.

In a post on his Twitter account after the Wednesday meeting with Qureshi, Zarif said, “Excellent meeting with my brother & friend Pakistan FM Shah Mahmood Qureshi in Tehran.”