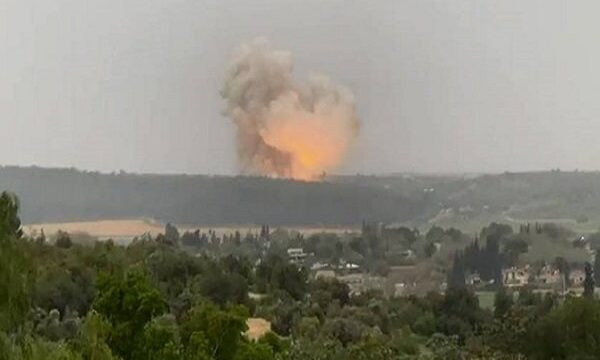 Israeli sources reported that a horrific explosion took place at a sensitive security factory in Ramla in central occupied lands.

The Israeli media Haaretz reported that the huge explosion took place this morning at a sensitive security factory in the center of occupied Palestine and that no details were yet available about the possible casualties.

According to the report, the residents of occupied Palestine saw a lot of smoke in Gush Dan this morning and started photographing it.

Haaretz wrote that the explosion took place in a factory for the production of advanced weapons, including missiles.

The Zionist newspaper claims that the explosion took place following a normal experiment, but it is likely that a mistake was made in estimating the damage caused by this experiment, and a large explosion occurred.