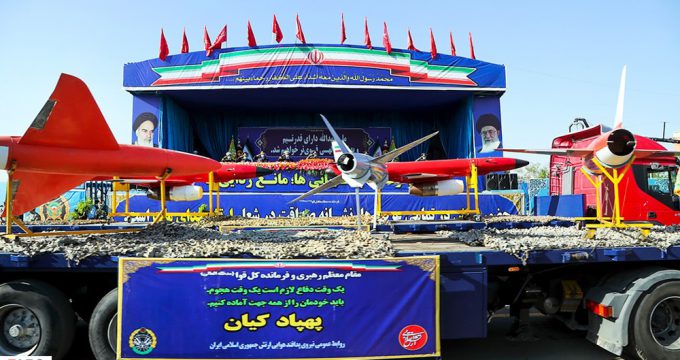 The chief commander of the Iranian Army says drones are now a substantial component of the Islamic Republic’s Armed Forces and will be used in any battle if the need arises.

Major General Abdolrahim Mousavi made the remarks on the sidelines of a military march held on Sunday to mark the National Army Day, during which Iran’s latest military achievements, including home-grown air defense systems, were showcased.

“What you saw today was a small portion of the Islamic Republic of Iran Army’s capabilities put on display,” the commander said, adding that all the necessary health precautions had been taken into consideration during the parade at a time of the COVID-19 pandemic.

“Today, you witnessed the emerging drone power of the Islamic Republic of Iran Army, and it must be noted that this power was developed during all the years the country was under [Washington’s] ‘maximum pressure.’”

“Today, the drone capability of the Army is a major source of power and a trump card for the Armed Forces, which if needed, would be used in any battlefield,” the Iranian general emphasized.

Sanctions have restrictive implications for any country, Mousavi said, but those who view the bans as an opportunity for national breakthroughs are the ones who can ultimately have a say at the international arena.

In a message addressed to the chief commander of Iran’s Army on Saturday, Leader of the Islamic Revolution Ayatollah Seyyed Ali Khamenei called on the military to further expand its preparedness.