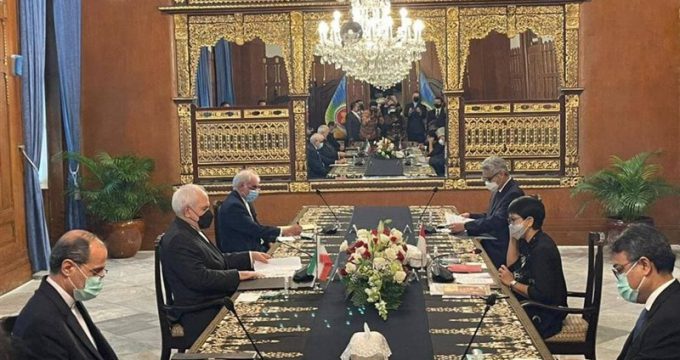 The foreign ministers of Iran and Indonesia discussed various issues at a meeting in Jakarta, including plans to scale up trade exchanges between the two Muslim nations.

Iranian Foreign Minister Mohammad Javad Zarif, who has traveled to Jakarta, held a meeting with his Indonesia counterpart Retno Marsudi on Monday.

Pointing to the great potential for the expansion of economic ties between Iran and Indonesia, Zarif stressed the need to accelerate efforts to finalize a preferential trade agreement.

He also pointed to 70 years of friendly relations between the two Muslim states and praised Indonesia’s stances in support of the JCPOA and the Resolution 2231 at the UN Security Council.

For her part, Marsudi hailed the friendly and growing ties between Jakarta and Tehran, and expressed hope that the trade interaction would increase through the efforts of the Joint Tarde Commission and conclusion of the agreements being negotiated.

The two top diplomats also discussed the latest developments pertaining to the Afghan peace process and ways to protect the international law.