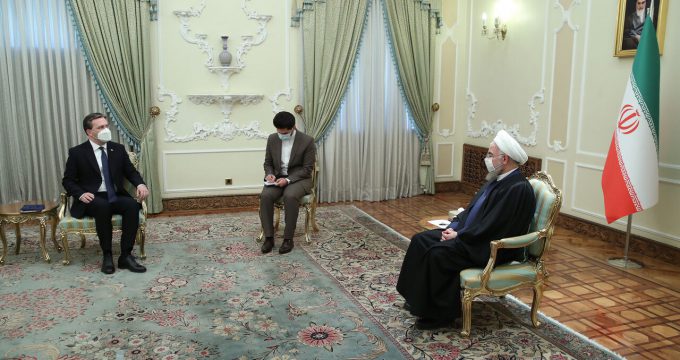 President Hassan Rouhani stressed the need on Sunday to further Tehran-Belgrade cooperation in the international forums.

President Rouhani made the remarks in a meeting with the visiting Serbian Foreign Minister Nikola Selakovic.

Islamic Republic of Iran believes that peace, stability and security should be ensured in Balkans and all races and ethnic groups should follow policy on peaceful coexistence, the president said, adding that the fight against terrorism and establishment of peace need all-out efforts from countries.

Touching upon the issue of pandemic, the president expressed Iran’s readiness to have scientific cooperation with Serbia in combat against the deadly virus.

Referring to willingness of the new US administration to return to the 2015 nuclear deal after removal of the sanctions, Rouhani said the friendly states should make use of opportunity to be created after changes in the international arena.

For his part, the Serbian foreign minister said his country has always been determined to preserve friendly ties with Iran.

He further hoped that problems related to the international nuclear agreement would be removed soon.

He called for Belgrade’s enhanced cooperation with Tehran.

Former US president Donald Trump withdrew unilaterally from the JCPOA in May 2018 and imposed the highest level of sanctions against Iran in November the same year.

Iranian officials have called the US sanctions as economic terrorism against the nation.