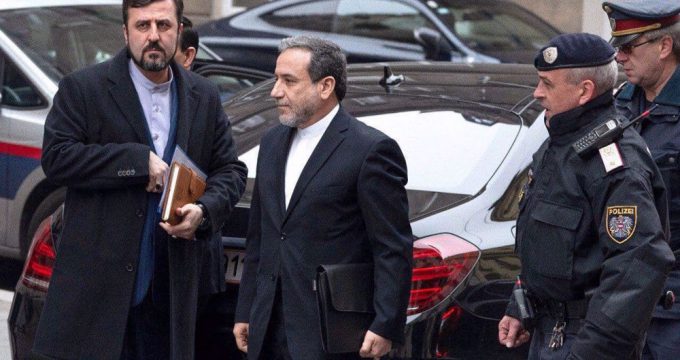 Iran Deputy Foreign Minister Abbas Araghchi said on Saturday that a new understanding is being formed among parties and there is an agreement to the ultimate goal in Vienna.

Araghchi said that after almost three days of the joint commission’s work, they have formed a commission once again to examine the progress of the discussions that have taken place so far.

He noted that not only in the field of lifting sanctions but also in the nuclear issue they reviewed the working group’s report, adding that good discussions took place within the Joint Commission.

He further noted that it seems a new understanding is being formed and there is an agreement on the ultimate goal among all parties, adding that the path that needs to be taken is a path that is now somewhat more well-known.

The path will not be easy and there are some disagreements, he highlighted.

He stated that there are sometimes serious disagreements that need to be modified during the next negotiations.

As Iran has said many times, they are not interested in long-term negotiations at all and as much as needed, discussions should be considered and negotiations would be continued, Araghchi reiterated.

He went on to say that the negotiations have reached a stage where the parties can start working on a common text and start writing the text at least in areas where there is a sharing of opinion.

Araghchi said that the Iranian delegation has prepared its desired text both in the nuclear field as well as sanctions lifting issue and has presented it to all other parties.

He further noted that the texts they have introduced can be the basis of negotiations and reach a final agreement.

He highlighted that within the framework of these texts, they think that reaching an agreement will meet Iran’s demands and the other party’s demands for Iran’s return to its commitments.

The path is clear and the time has come to start writing the text at least on shared opinions, he said.