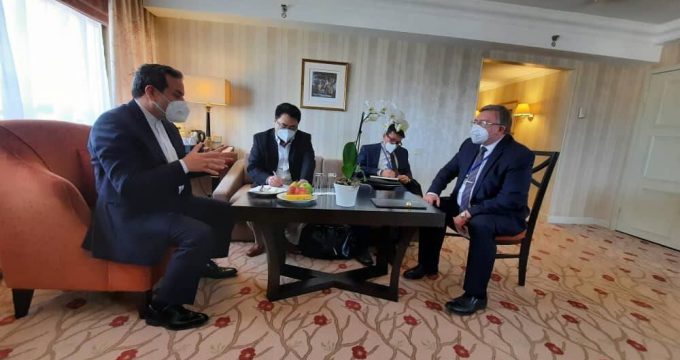 The heads of the Iranian, Russian, and Chinese negotiating delegations met and held talks in a trilateral meeting.

Earlier in the morning, following the consultations between the Iranian and P4+1 delegations in Vienna, the heads of the three European delegations (Germany, Britain, and France) met and held talks in a joint meeting with Araghchi

He wrote on his Twitter account that the P4+1 is engaged in consultations in line with its former goals, namely re-accession of the US to the JCPOA and full implementation of the deal.

The meeting of the Joint Commission of the Joint Comprehensive Plan of Action (JCPOA) between Iran and 4+1 was held in Grand Hotel, Vienna, on Thursday afternoon and Iran and EU/E3, in presence of Russia and China representatives as participants to the deal to continue talks on the revival of the JCPOA.

Araghchi led Iran’s delegation which includes representatives from the Central Bank of Iran (CBI), the Oil Ministry, and the Atomic Energy Organization of Iran (AEOI).

Along with bilateral and multilateral meetings at the level of the heads of delegations, expert-level in technical meetings continue in both sanctions and nuclear issues.