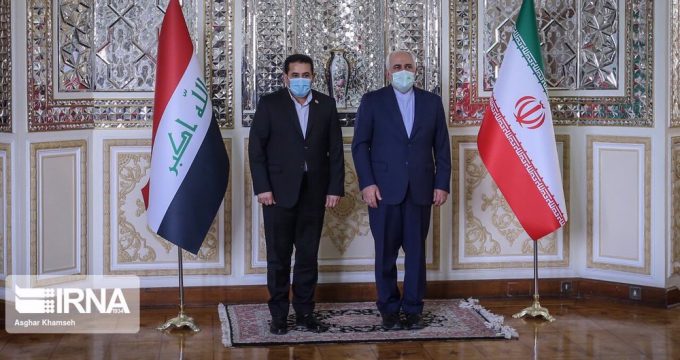 Iranian Foreign Minister Mohammad Javad Zarif says regional countries are capable of ensuring security in the region and do not need any foreign powers to do this for them.

“Regional security is maintained by regional countries and foreign forces must leave the region,” Zarif said in a meeting with Iraqi National Security Council (INSC) Advisor Qasim al-Araji in Tehran on Monday.

He added that the expansion of relations with neighboring states, including Iraq, which has numerous commonalities with Iran, has always been a priority for the Islamic Republic.

He once again stressed the importance of bolstering Tehran-Baghdad cooperation on the pursuit of the assassination of General Qassem Soleimani, the commander of the Quds Force of the Islamic Revolution Guards Corps (IRGC), along with Abu Mahdi al-Muhandis, the  deputy head of Iraq’s Hashd al-Sha’abi, and their companions in a US strike targeting their vehicle outside Baghdad International Airport on January 3, 2020.

Araji, for his part, said Iraq is determined to improve all-out relations with Iran and expressed appreciation for the Islamic Republic’s assistance to his country in different fields.