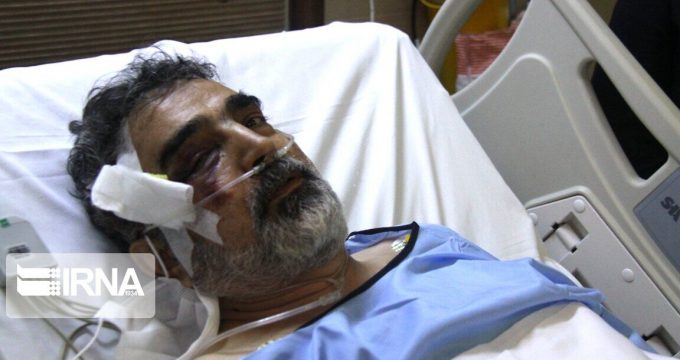 Iran with no doubt will achieve victory in nuclear industry: Kamalvandi

The spokesman of the Atomic Energy Organization of Iran (AEOI) Behrouz Kamalvandi said on Monday that Iran will conquer the battle in the nuclear industry.

In an interview with IRNA, Kamalvandi said, “I am sure that we are successful in the nuclear industry, so Iranian people have no doubt about it.”

An accident in part of a nuclear enrichment facility in Natanz, central Iran, has led to no pollution or human damages, said Behrouz Kamalvandi.

Kamalvandi said that the accident occurred in the electricity distribution system of the facility early on Sunday.

The cause of the incident is under investigation and further information will be announced later, he said.

The Spokesman of Iran’s Atomic Energy Organization (AEOI) Behruz Kamalvandi was injured in an incident while inspecting the Natanz nuclear facility on Sunday after an apparent cyberattack that led to electricity disruption and a fire.

Reports say that Kamalvandi, hours after the incident in Natanz, visited the site with the head of the AEOI Ali Akbar Salehi and sustained an injury while doing an inspection.

The head of the medical university in the nearby city of Kashan, Alireza Moraveji told local media that the incident happened during inspection and Kamalvandi fell from a height of seven meters (23 feet). He added that Kamalvadi’s overall health is satisfactory, but his ankle and head have sustained fractures.

Salehi said that the attempts taken against the Natanz Enrichment Center show the foes failure in industrial and political advances of the country to prevent the notable development of the nuclear industry, besides successful negotiations to lift oppressive sanctions.

He added that not only the latest achievements of the young experts and scientists of the country were displayed, but also the prospects for lifting sanctions were fully revealed on National Nuclear Technology Day.

While condemning these desperate attempts, the Islamic Republic of Iran emphasizes the necessity of the international community and the International Atomic Energy Agency’s treatment against this nuclear terrorism and reserves its right to take action against perpetrators and agents.