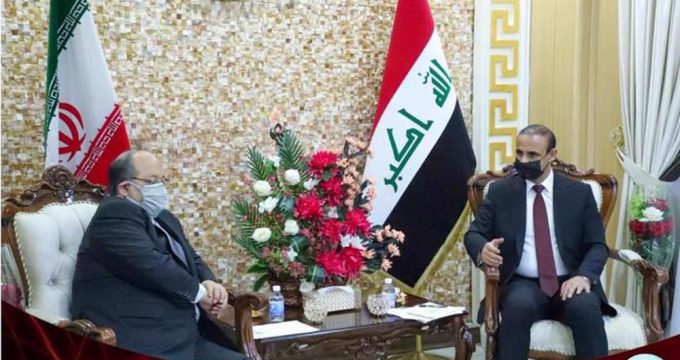 “The signing of the economic document was raised during the meeting with Iraq’s finance minister and was welcomed by him, and we hope to reach an agreement in the fields of customs investment, border markets and similar issues,” Shariatmadari said after the meeting in Baghdad on Sunday.

He said the document is expected to be signed during an upcoming visit of Iraq’s economy minister to Iran before the end of President Hassan Rouhani’s term in office.

“Broader economic issues, especially infrastructural issues and give-and-take economic opportunities, will be common areas of cooperation that both sides are optimistic about,” he added.

Shariatmadari also explained that the two sides are laying the groundwork for a system of preferential tariffs in order to establish a large joint market, which would also lead to the establishment of a wider market in other neighboring countries.