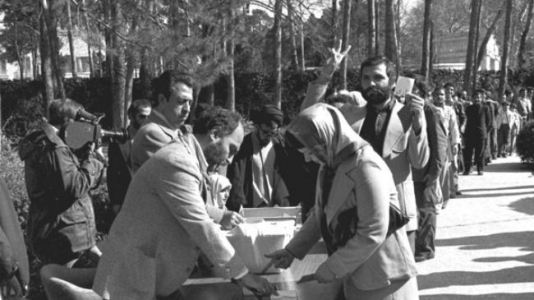 Guardian Council in Iran issued a statement on the occasion of Islamic Republic Day on Thursday,

Farvardin 12, 1358 (April 1, 1979), marks the day when over 98 percent of Iranians voted “yes” to the Islamic Republic under the leadership of the late Imam Khomeini through a referendum in 1979.

By their votes, they elected Islamic Republic as a system for managing the country, according to the statement.

It added that 42 years ago, a new chapter opened in the history of Islamic Iran after Iranian people voted “yes” for the Islamic Republic.

The day, undoubtedly, is among the most important days in the history of Islam and Iran, the Council underlined.

The Guardian Council called on the great Iranian nation to preserve the Islamic Republic which as it said is God’s blessing.

President Hassan Rouhani said in the cabinet meeting on Wednesday that Iran needs to hold a fresh referendum due to pass of over 40 years since the early referendum for establishment of the Islamic Republic of Iran.