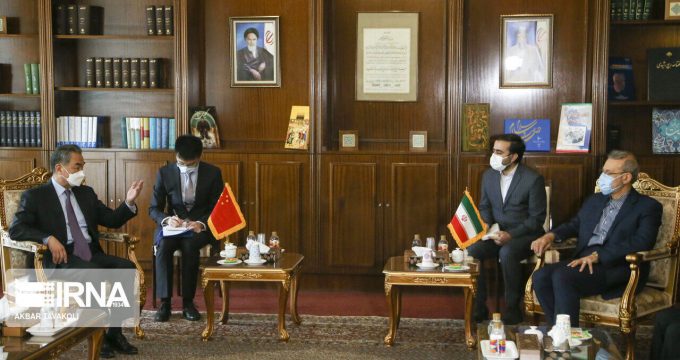 The 25-year document on comprehensive cooperation between Iran and China was finalized Saturday in a meeting held in the Iranian capital.

In the meeting, the two sides also marked the 50th anniversary of establishment of diplomatic relations between Tehran and Beijing.

The two officials also stressed the importance of expansion of cooperation based on strategic comprehensive participation, and reviewed ways to enhance economic and political ties to upgrade long-term strategic ties.

Larijani, for his part, said Islamic Republic of Iran decides independently about its relations with other countries.

Wang Yi, too, said Beijing-Tehran ties will not be affected by the today [world] conditions.

The two countries enjoy permanent and strategic cooperation, he added.

Referring to his country’s historical and friendly ties with Iran, the Chinese foreign minister called for fostering cooperation in line with strategic comprehensive plan.

The 25-year document for comprehensive cooperation between Tehran and Beijing is an important development in the Middle East region, the development of which can not only deepen bilateral relations in different economic areas but also create a boom in the entire region with dlrs 400 billion trade a year, according to Iranian officials.