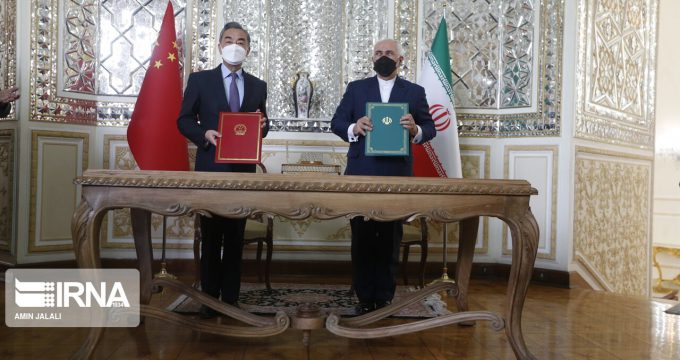 The two diplomats put their signatures on the document in Tehran Saturday in a ceremony carried live on national television.

Wang and Zarif also marked “half a century of friendly dilomatic relations” by opening an exhibition of documents on the two countries’ bilateral ties.

Wang said China’s relations with Iran will be “permanent and strategic” and will not be affected by the current situation.

“Iran decides independently on its relations with other countries and is not like some countries that change their position with one phone call,” he said in his meeting with Ali Larijani, an advisor to Leader of the Islamic Revolution Ayatollah Seyyed Ali Khamenei.

Referring to historic and friendly relations between Tehran and Beijing, Wang stressed the importance of bilateral cooperation within the framework of the 25-year strategic partnership agreement and expressed his satisfaction with the deal’s finalization.

The top Chinese diplomat who is in Tehran for a two-day visit also met with Iran’s President Hassan Rouhani.P