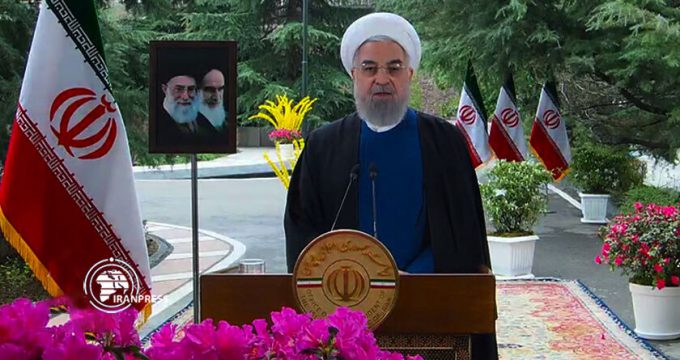 Iranian President Hassan Rouhani stressed the importance of maintaining constructive interaction with the world, saying Iran can enter regional trade treaties and be the center of attracting international investors.

During his speech on the arrival of the New Year, Rouhani said Iran can be the most attractive atmosphere for taking advantage of Iranian knowledge and capital in the world.

He noted that Iran will be able to have extensive and sustainable trade with the world.

He congratulated Nowruz to all Iranians, nurses, medical staff, farmers, workers, border guards and all fields of Iran all around the world.

He referred to unprecedented economic war against Iranians, saying it will end by Iranians resistance.

He hailed the efforts made by Iranian medical staff, saying they did their best in producing medical equipment, drug and vaccine.

Foreign investment in Iran, Nowruz March 20, 2021
Iran not received any message from US: FM spokesman
Iran begins ‘year of production, support and elimination of obstacles’