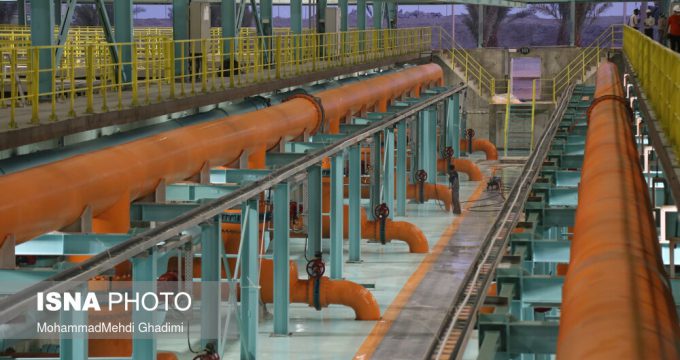 The Iranian president on Sunday inaugurated five projects to transfer desalinated water from the Persian Gulf and the Sea of Oman to inland arid provinces.

Carried out by the private sector, the infrastructural projects provide employment for 54,000 people.

In comments at the inauguration ceremony, the president said a major revolution, not a simple leap, has happened in the country’s water sector under his administration.

In comments in November 2020, Rouhani said the administration has utilized desalination technology on a large-scale across the country.

“Fortunately, the Ministry of Energy has been conducting feasibility studies in 17 provinces in the central plateau of Iran as well as in coastal areas of the Persian Gulf and the Sea of Oman,” he said.