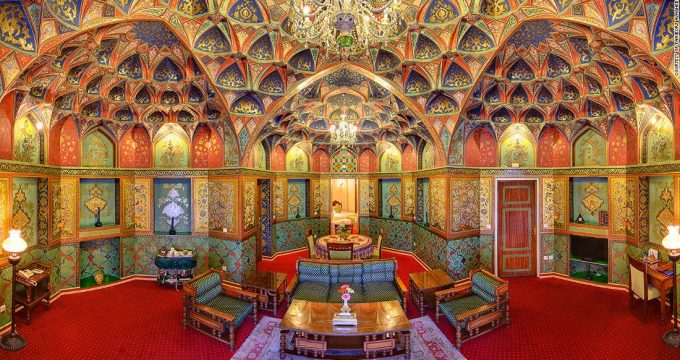 The Most Spectacular Places to Visit in Iran

ran is one of the most wonderful countries in the world. It has lots of spectacular places that it’s a shame to play a 20 Bet first deposit bonus instead of walking around the city, even if you’ve found a great game. These are the best places to see in this country.

Naqsh-e Jahan Square is located in the historical center of Isfahan and is a UNESCO World Heritage Site. The square was founded by Shah Abbas I the Great in the 17th century and was called Shah Square until the victory of the Islamic Revolution. The monumental architecture of the buildings around the square is a testimony to the power of the Safavid dynasty, which ruled Iran for hundreds of years.

An inscription with cuneiform writing characteristic of the time of the Near East, carved on the Behistun rock. The inscription was created by order of King Darius I in the 6th century BC. It depicts the triumph of the ruler over the rebellious princes. The writing is in three languages: Akkadian, Old Persian, and Elamite.

Ancient city, once the capital of Persia in the time of Cyrus II. Now only ruins of it are left. On the territory of the city there is a tomb of the king, the ruins of the royal palaces, and the fortress of Toll-e-takht. Pasargadae is considered a valuable cultural monument from the Achaemenid dynasty.

A site not far from the ancient capital of Persepolis with four royal tombs. Xerxes I, Darius I, Artaxerxes I, Darius II rest here. During the campaign of Alexander the Great the tombs were looted and destroyed, in this form they have reached our times. The name “Naqsh-e Rostam” refers to the Islamic period in the history of Iran.

The construction was erected in 1971 in honor of the 2500 anniversary of the Persian Empire. It took more than $6 million and 8,000 blocks of white marble to build. In 1979, after the victory of the Islamic Revolution, the monument was called “Freedom Tower”. It came to symbolize the freedom of Iranians from Shah’s rule. The picturesque Azadi is often called the “Eiffel Tower of Tehran.”

A bridge built in the 17th century during the reign of Shah Abbas II, through which the Great Silk Road passed. The structure consists of two rows of arches connected together in a typical Iranian architectural style. In the evenings there are beautiful lights, and locals and tourists love to walk across the bridge and admire the scenery.

The largest museum in the country where priceless artifacts from the ancient Persian period are kept. The museum is divided into two buildings. The first one contains exhibits from the pre-Islamic period and the second one contains collections from the Islamic historical era. The museum was built in 1937 and it was the first scientific museum in Iran.

Shah Cheragh Mausoleum was built in the 14th century during the reign of Queen Tashi Khatun. It contains the tombs of two brothers, Ahmed and Mohammed, who were persecuted by the Shahs for their faith in Islam. The interior of the building is made of mirror mosaic, for which the Iranians nicknamed the Shah Cherah “mirror mosque”.

One of the centers of Islamic scholarship in Iran, and a holy place associated with the name of the revered Imam Mahdi. It is a beautiful and monumental building with flying minarets, a central blue dome, and high arched gates. Jamkaran is visited annually by many Muslim pilgrims belonging to the Shia branch of Islam.