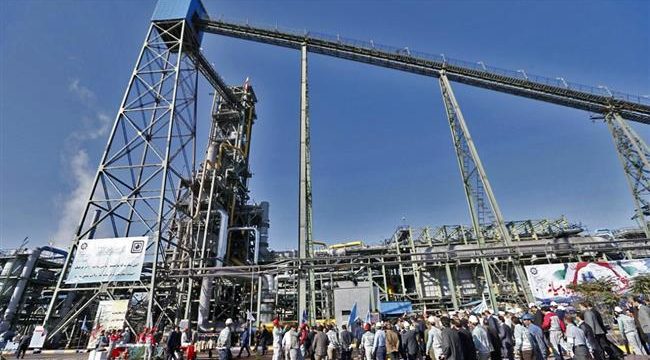 Iranian President Hassan Rouhani has inaugurated the country’s largest iron ore pellet plant in the central city of Bafgh as his government moves ahead with plans to expand Iran’s largely untapped mining and metals sector.

Rouhani opened the Sechahun pelletizing plant, located in the province of Yazd on the border with Kerman province, using a video conference call on Monday.

“Today, the very significant pelletizing project which is a very modern project and in fact one of most modern pelletizing plants in the country has been inaugurated with an investment value of 90 trillion rials ($360 million),” said Rouhani during the inauguration ceremony.

However, a report by the official IRNA news agency said the plant, constructed in five years by a consortium of Iranian, Chinese and Japanese companies, has cost 1.855 billion yuans (nearly $285 million).

With five million metric tons of annual output for iron ore pellets, Sechahun is now Iran’s largest pelletizing complex. Its nominal capacity is 17,000 tons per day and it will feed on iron ore extracted from a major nearby mine and other reserves.