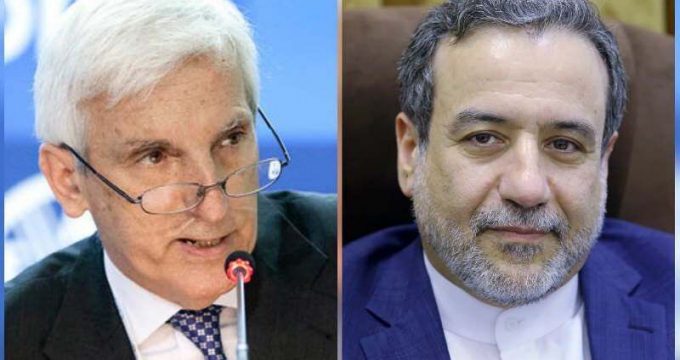 US should lift sanctions to revive JCPOA: Deputy FM

Deputy Foreign Minister for Legal and International Affairs Abbas Araghchi has underlined that the only way to revitalize the 2015 Iran nuclear deal is that the United States should lift illegal sanctions on the Islamic Republic.

Araghchi made the remarks in a virtual meeting with Themistoklis Demiris, Secretary General of the Hellenic (Greek) Ministry of Foreign Affairs, on Wednesday that Tehran expects other signatories to the Joint Comprehensive Plan of Action (JCPOA) to make use of the remaining opportunity to pursue constructive diplomacy and avoid taking any stance, which will harm the existing environment.

The Iranian official also said that Tehran’s scale-back of its nuclear commitments is in line with provisions of the JCPOA, and that the measure was adopted in response to the US-EU inaction to abide by their obligations.

The verbal commitment of three European powers – the UK, Germany and France – to the JCPOA is not enough, he said, adding that the Islamic Republic’s self-restraint helped maintain the international deal in last four years.

Pointing to this week’s session of the International Atomic Energy Agency (IAEA) Board of Governors, he described the Europeans’ attempt to prepare a draft resolution as a wrong measure, warning that Tehran will not accept such attitudes especially after the US’s so-called maximum pressure doomed to fail.

Elsewhere in his remarks, the diplomat stressed the need for expansion of relations between Greece and Iran.

Demiris, for his part, underlined the importance of using diplomacy to resolve disputes, noting that Greece has opposed the US withdrawal from the JCPOA and the re-imposition of unilateral sanctions on Iran.

The Greek official said that his country is ready to develop bilateral collaborations with Iran in different sectors.

US sanctions against Iran March 4, 2021
Iranian container ship Shahraz refloated off Indonesian coast
Raids on US bases in Iraq ‘suspicious,’ Israel may be involved: Iran